The little Larousse of the great philosophers 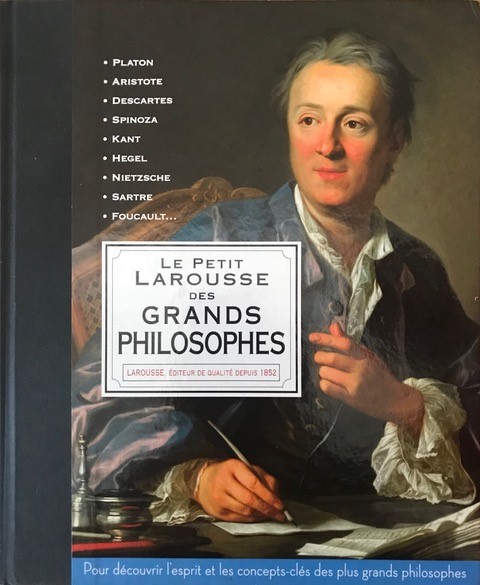 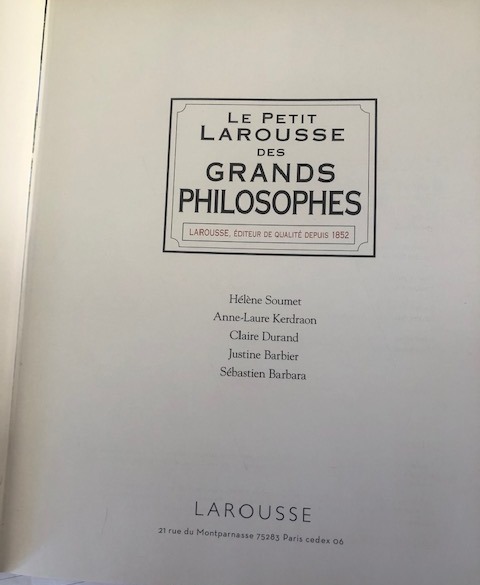 From Aristotle’s first attempts to put reality in order to its questioning by Descartes, from Epicurus’ questions on happiness to those, more demanding, of Kant, from the fights of Voltaire and Diderot for freedom to those of John -Paul Sartre, from the most beautiful pages of Montaigne on friendship to those, less peaceful, of Emmanuel Levinas, of Marx’s radical criticism against everything that alienates man to that of Hannah Arendt, the great philosophical doctrines nourish a requirement, formulate an ideal, and build systems allowing man to better decipher history and the world he inhabits.

Enriched with numerous illustrations, explanatory boxes and emblematic quotes, Le Petit Larousse des grands philosophes recalls and explains the key concepts of major thinkers, from Antiquity to the present day. It deciphers what each of them contributed to the construction of a thought constantly renewed by historical circumstances and analyzes how, all and to varying degrees, they influenced the history of ideas.